A to Z April Challenge: I is for Isaac

This is day 9 of the A to Z April Challenge. 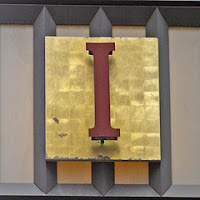 is for Isaac Shiflett or Shiplett – his name appears both ways and echoes the ugly in-fighting and out-fighting that has surrounded that surname in Virginia for YEARS.  There was a time that the name carried a negative connotation, kind of like “Hitler” without the treachery -- maybe because “Shiflett” sounds like “shiftless.”  I don't know, but I'm glad that attitude has gone away.  Isaac was my 3G grandfather, my maternal grandmother’s great-grandfather.  Grandma used to say, “They were ShiPletts, not ShiFletts.”  However, research says she’s wrong.  They were Shifletts.  But somewhere in time, one of Isaac’s sons went with ShiPlett and it managed to stick.  Most of the time though the spelling goes back and forth in census records, deeds, and wills.


Isaac was born to Joshua and Malinda Bruce ShiFlett in May 1807 and died in Albemarle County, Virginia, in January 1862.  He married Susan Jordan in October 1836.  They had 8 children:  Philip Penelton ShiPlett (who managed to normalize that spelling for his line), Oanetta, Octavius, Lycennius, Comaia, Segourney, M.E., and George.  Isaac’s main contribution to genealogy was naming his children with impossible spelling.  I don’t think any two documents agree, so researching this line is tricky.  I’ve seen “Lycennius” as “Lycergus” and “Comaia” as “Comanaia.”


Isaac was a busy man, wheeling and dealing, buying and selling land mostly in Albemarle County.


1839 – Albemarle County was getting ready to sell some land that once had been owned by Isaac’s wife’s grandfather.  The land was used by the Orange Humane Society for the education of children.  Isaac asked to have the land transferred to him in exchange for assuming the remaining debt which was over $1000.  That was probably a considerable sum back then, suggesting Isaac was a man of some means.


1845 – Isaac and his wife Susan sold part of the Humane tract to George Martin for $750 but reserved 17 acres for themselves.


1847 – Tough times for ol’ Isaac – he owed money to everyone in town including his in-laws.  He sold off more of that Humane tract plus some personal property: four beds and bed steads, two cupboards, one bureau, two dining tables, two chairs, two sets of knives and forks, his stock of tableware, and all his household and kitchen furniture.  He asked to be able to just continue living there peaceably.


I wonder what he sat on.