A to Z April Challenge: R is for Robert Rucker

This is day 18 of the A to Z April Challenge. 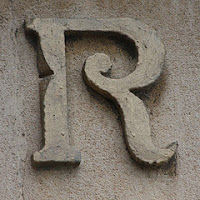 is for Robert “Bob” Rucker, my great grand uncle.  He was my maternal grandmother’s uncle, brother to her father Joseph Calhoun Rucker.  Uncle Bob ran the meat market in Shenandoah, Virginia.  He took over for his father Frank who had opened the shop in 1870.


The building was later torn down about 1920 and Uncle Bob moved his business to his home on Third Street.


Together Frank and Bob served the citizens of Shenandoah and Page County for 70 years.

Run Right over to the A to Z April Challenge for more Roaring good Reads.

Email ThisBlogThis!Share to TwitterShare to FacebookShare to Pinterest
Labels: Rucker