This week’s Sepia Saturday prompt features boys engaged in the game of Pushball. The game never registered on my ancestors’ radar, so through a James Joycean stream of consciousness sort of way, I pushed the limits of my imagination to arrive at this:

I never saw my mother push a lawn mower, but this photo from her early college days at Shenandoah College and Conservatory in Dayton, Virginia shows she COULD maintain the yard if she had to.

But she never had to. For better or for worse, that was my dad’s domain.

Dressed in his favorite tennis shorts and his dress shoes and socks, Daddy made quite the fashion statement out on the lawn. Nevertheless, he was faithful and focused on getting the job done. When it came to “curb-appeal,” nothing got in his way.

Not even the electric cord.

An electric mower was always much easier to start and convenient to maintain. You would think. However, Daddy was notorious for mowing right over the cord. It seems that every week he created drama with what should have been an ordinary task.

In fact, he was hard on every mower he ever owned. Once when he was without a mower, he borrowed one and managed to decapitate the thing when he mowed under the deck.

When Momma became sick in her later years, Daddy took up pushing the vacuum cleaner. There were some similarities in the task as he continued to vacuum over the cord and bump the furniture.  Eventually the muscle memory of vacuuming carried over to mowing. Cutting the grass took twice as long as Daddy “vacuumed” the grass, pushing the mower forward and pulling it back repeatedly in the same spot rather than mowing in a straight line before making a u-turn to come back the full length.

It was both funny and frustrating to watch, yet there was no stopping him, not until he killed his last lawn mower. That is when we made him hang up his lawn-vacuuming shoes and turn the job over to a professional.

Please push your way over to Sepia Saturday for more stories and old photos.

. . . on the way to the DAR. It’s been a couple years in the making, but we finally made it. On New Year’s Eve I received an email from Pam, the registrar of the Fort Nelson chapter of the DAR, saying “Verified Apps! You’re IN!” At last my mother’s dream to join this prestigious organization has come true through her daughters.

But getting here was not easy. In late summer 2015 we submitted our paperwork linking us to Leonard Davis, our 4X great-grandfather.  Our efforts were hampered by the difficulty of finding those required birth, marriage, and death records for the fifth and sixth generations. We thought surely an old, OLD family Bible belonging to Mitchell Davis, our 2X great-grandfather, would clinch the deal because it gave death dates for his father Leonard Jr. and grandfather Leonard Sr., the proven patriot.

However, DAR did not buy it. Nothing in the Bible stated precisely who they were. Deeds showing Mitchell and his mother selling their rights to Leonard’s estate did not convince the DAR either despite a detailed analysis of all the evidence penned by our capable registrar. The application came back with a laundry list of what we should do next.

Being the obedient child that I am, I launched in right away to find new documents and plan for a future research trip to obtain probate records that might be more convincing than the apparently “flimsy” evidence submitted earlier.

Then Mr. Sam Towler came along.  He is a volunteer with the Albemarle County Chancery Cases Preservation Project. In addition to transcribing and indexing the old documents, he scours the Internet for additional information about the people and places mentioned in each case so that he can include new findings in the case folder for the benefit of future researchers. While working on two related cases, Jarman vs Jordan and Shiflett vs Clayton, Mr. Towler found my blog featuring William Jordan which I had written as part of the 52 Ancestors project in 2014. He thought I might be interested.

Among the documents Mr. Towler sent was a copy of William Jordan’s declaration as a patriot applying for a pension which conveniently named his wife and children. Witness accounts confirmed the same. Two lawsuits and receipts echoed those familiar names and – even better – the husband of Williams’ daughter Susan who was my 3X great-grandmother AND then her daughter and husband, my 2X great-grandparents. The big three documents – birth, marriage, death – for my great-grandparents, grandparents, and parents were already in my possession.

And that’s when the DAR goddesses looked down and smiled. I knew I had exactly what I needed for my sister and me to join through this line. All it took was a letter requesting a change of ancestor and copies of the NEW documents for generations 3 through 6. Easy Peasy.

Still, I was surprised to hear so quickly that my sister and I were IN without another do-over. Initially it looked as if it would take another month to get our national numbers, but they came early and we were invited to be inducted at the January meeting. 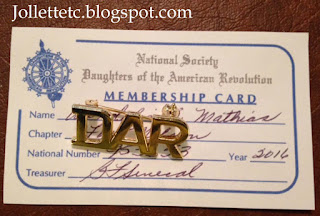 And that’s what we did. One day after Momma’s birthday, we joined the DAR, an organization she wanted to belong to. So this is for you, Momma. And Cheers to Mr. Towler.

Today would be my mother’s 87th birthday. “Ming1Dee” was her user name on her AOL account which she used for email and instant message, probably most often with her grandchildren. “Ming” was her official grandmother name; “Dee” became a second name when grandchild #3 came along. “Dee” was his mispronunciation of “Ming,” but it stuck. 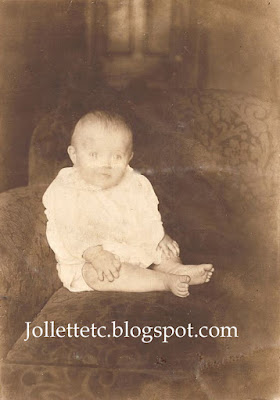 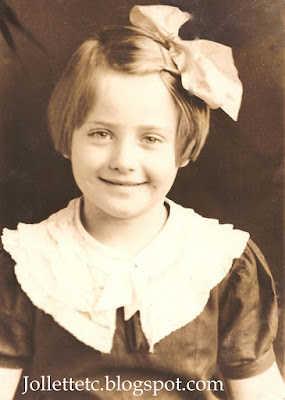 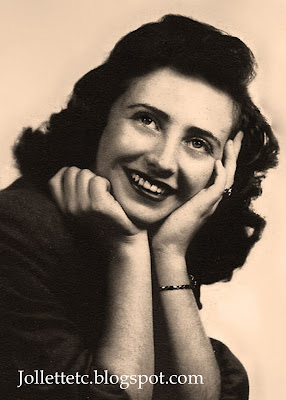