I was taking a break from my blog having just completed a series of posts about the wives and children of James Franklin Jollett. No new ideas were coming to me, so I was grateful when Nathan Dylan Goodwin contacted me offering a free copy of his latest novel in exchange for a review. It is a genealogy mystery. Mysteries are my favorite genre, so add to that some genealogy – how bad could it be?

The Spyglass File is a story within a story, mystery within a mystery. It begins with a woman named Barbara hiring Morton Farrier, a forensic genealogist, to research her birth parents. Apparently Morton is suffering a crisis of confidence in his research skills, but because he too was adopted and knows how consuming the curiosity about one’s past can be, he agrees to take the job. That is the framework for one story in this novel.

The central story though is that of Elsie Finch, Barbara’s birth mother. A bride and World War II war widow at almost the same time, Elsie decides to create a new life for herself. She joins the Women’s Auxiliary Air Force, where her ability to speak and understand German lands her in the Y-Service listening in on conversations among German pilots. It does not take her long to realize her value to the war effort. Thus her new life with so much purpose is one she cannot give up when she finds herself pregnant.

Morton’s efforts to learn more about Elsie and the identity of the father of the baby she gave up for adoption become more complicated when he learns of the existence of the Spyglass File. There are people who will do everything to make sure he does not get to the truth. [Insert spooky music!]

One of the fun features of the book is the structure itself. Chapters alternate between Elsie’s story in the 1940s and Morton’s research in the present. Family historians like me will identify with Morton at work checking Ancestry dot com and doing the harder work of genealogy: getting in the car and actually visiting people, museums, libraries, archives, memorials, and cemeteries. When Morton finds a news clipping or photo in one chapter, we get to see the events leading to it decades before in another chapter. I like mental hop-scotch; I really do.

What I enjoyed the most – aside from the plot itself and the compelling characters – is the historical accuracy. So often war stories are about the soldiers, but in this one, the focus is on the women. Some of the women in the story are real, like WAAF officers Jean Conan Doyle and Aileen Clayton. The intensity of eavesdropping on the enemy, juggling daily routines with a mad dash to the Anderson shelter, escaping war work with drinks and dancing – this is the World War II England that Goodwin paints so well. One scene in particular describes an air battle between British and German pilots with such detail that I felt I was watching the World War II version of Top Gun.

Honestly, I was prepared to dislike this book figuring Goodwin must be a brand new writer if he’s counting on ME! But he’s not that new. It turns out The Spyglass File is book #5 in a series of genealogy mysteries. Plus he has written some non-fiction books on the history of his hometown of Hastings, East Sussex, England.


Nathan sent me a freebie. I’ll buy the others. After all, I need to know: Is Morton ever going to find his own birth parents?

Disclosure: While I was given this book for free in exchange for a review, I was under no obligation to like it. The opinions expressed are my honest views. I will not be receiving any commission on sales of books by this author. 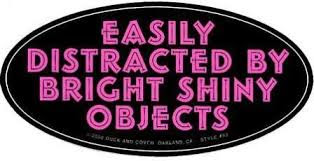 Some people call it “chasing rabbits down the rabbit hole.” Others say they are chasing squirrels. For others, that moment of distraction from a designated search is simply a “BSO” – Bright Shiny Object.

I was sitting here doing much of nothing when an email from a potential new-to-me cousin arrived in my inbox inquiring as to whether I knew anything about Unionist soldiers and sympathizers living in the Jollett Hollow community of Page County, Virginia. Aware, yes; fully knowledgeable, no. In an effort to be helpful, I turned to my trusty Google machine which brought up several sources at Google Books.

With each book, I grabbed the opportunity to check to see if there was anything about my Jollett ancestors too. The index of one book had one entry for Jollett; below it was an entry for Jolly. Years ago I dismissed anyone named Jolly as being from a separate family, but I have seen too many of my own Jolletts parading around with this spelling to ignore it. Likely it is an indication of some remnants of a French pronunciation.

The Jolly in question was from an earlier time than my maybe-cousin’s inquiry that had prompted the search. The source was a list of marriages of Culpeper County, Virginia, compiled by a local DAR chapter. It seems that a Frances Jolly married Revolutionary War patriot Richard Gaines 4 May 1789.

On my Jollett timeline that I started some years ago, I have 3 mentions of a Frances Jollett: she paid property taxes in Culpeper County in 1782, 1787, and 1788. I cannot account for the intervening years, but I can be sure this Frances was a woman, not a man. How do I know? Easy – NO tithables. Tithables were any male 16 years and older, slaves (both male and female 16 and older), and Native American servants (both male and female 16 and older). In general, women were not named in tax lists unless they were head of household, usually a widow but possibly a “spinster” who inherited property.

In 1782, Frances was entered as Jollett, but in 1787 and 1788, she was Jolly. So were Mary and James, my 5X great-grandmother and 4X great-grandfather. After 1788, Frances was no longer paying taxes in Culpeper County. That 1789 marriage between Frances Jolly and Richard Gaines could be the reason why.

Surely Frances Jollett/Jolly were the same person, making her undoubtedly closely related to my Jolletts. But how?

I do not think Frances was sister to my 4X great-grandfather James. Since his mother Mary was a tax-paying head of household, Frances likely would have been living with her and, therefore, not named at all.

Frances could be a widow of another Jollett, but I have no names of Jollett men from the tax lists that might fit logically. It can’t be Thomas Jollett because he was still living when Frances paid taxes. It can’t be William because he last appeared in 1736. One possibility is she was simply an unmarried daughter of the James and Gracey Jollett who sold some property in Culpeper County in 1777, just a scant five years before Frances made her tax-list debut.

My best GUESS is Frances was either a cousin or an aunt to my 4X great-grandfather James Jollett. The DAR patriot search shows that women have joined this organization by virtue of their lineage to one son of Frances and Richard. Others joined through descendants by a different wife. Public family trees at Ancestry are a shameful display of sloppy research assigning children to the wrong mother, assigning parents who were really grandparents or other relatives, linking images of pension records belonging to a different Richard Gaines, shall I go on? As for Frances Jolly, everyone seems to know she existed but no one knows her parents or dates of birth and death. However, at least one “researcher” offered 1764 as her date of birth but no source was cited.

In order to pin down the genealogical facts of Frances’s life, I will need to put boots to ground since online research has produced little to go on. Today I just love that BSO.

Sunday’s Obituary is a daily prompt at Geneabloggers asking us to post obituaries along with other information about that person.

James Ira Sullivan
GROTTOES - James Ira Sullivan, 77 a lifelong resident of the Harriston community near Grottoes, and a retired employee of the Norfolk and Western Railroad and the Wayne Manufacturing Co., died at 10:15 p.m. Thursday at his home. Mr. Sullivan had been in ill health for a number of years.

He was born on June 17, 1886 in Greene County, the son of the late Ira and Parthini Shifflett Sullivan, but was reared by Mr. and Mrs. Frank Jollett. He moved to the Harriston community as a child where he has since made his home. He was a member of the Pleasant Hill Church of the Brethren.

On Aug. 31, 1907 he married Miss Mattie Claytor who survives him. Besides his wife, he is survived by four sons, Arthur C., Luther D., David E., and James A. Sullivan, all of Grottoes; and three daughters, Mrs. Robert Morris (Nina) of Grottoes, Mrs. Carl Estes (Rena) of Newport News, and Mrs. Lee Camper (Gladys) of Norristown, Pa. He also leaves 15 great grandchildren, 25 grandchildren; and three brothers, John, Jerry and Arthur.

Funeral service will be held at 2 p.m. Sunday from the Pleasant Hill Church of the Brethren. Due to illness his pastor, the Rev. Ross Spiecher, the Rev. F.Y. Garber will conduct the services and burial will be in the Edgewood Cemetery near Mt. Meridian.

The body now rests at the Koontz and Lindsey Funeral Chapel at Weyers Cave where it will remain until noon Sunday when it will be taken to Church to remain until the hour of the service.

The relatives will meet at his late home at 1:40 p.m. Sunday for a brief service prior to leaving for the church.