Happy Blogiversary to Me! 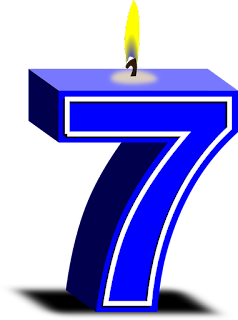 When the early days of summer suddenly became the late days of summer, I began thinking about my upcoming 7th blogiversary. What profound insight could I offer about research? About blogging? Nothing. Nothing came to mind.

Many bloggers like to look back over the year or years and highlight the most popular posts. My “most popular” ones have such elevated page view numbers that I believe they are victims of spy bots thus making it impossible to determine their so-called popularity.

Instead I present to you the LEAST popular post for each year. The page views are so low that clearly even spy bots weren’t interested. 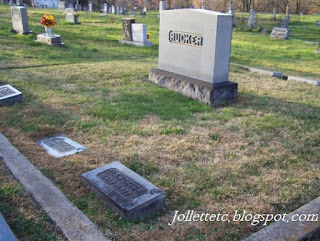 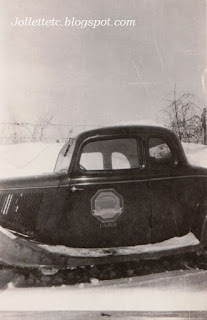 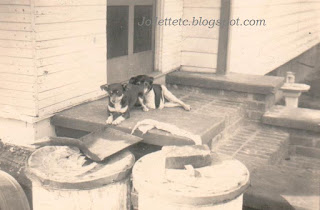 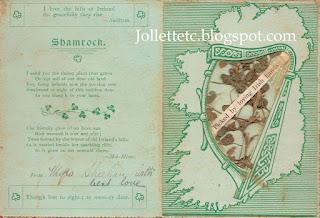 This is the post I feel most sad about. It features a St. Patrick’s Day card sent to my great-grandmother Mary Theresa Sheehan Killeen Walsh by her niece identified only as Myra from Limerick. That little bit of information was key to pushing my Sheehan research back one more generation.


I guess the title made everyone imagine a snoozefest. The post is NOT about a pedigree chart; it is about an actual TREE where family members posed for pictures. Still a snoozefest? Eh, maybe. 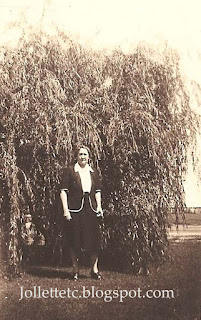 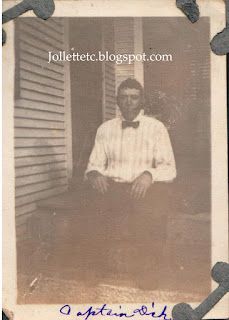 I LOVE this post. It is about discovering the identity of “Captain Dick,” a name mentioned several times on photos and in letters that once belonged to my grand aunt Helen Killeen Parker. Too bad more people didn't share my view.

My blogging has slowed down considerably this year. I’m still here though. Let’s see what Year 8 brings.

Book Review: Letters from the Dead by Steve Robinson

Disclaimer: I received a pre-release copy of the book to review. I was under no obligation to like it. The opinions expressed here are my honest views. I will not receive any commission on the sale of books by this author. 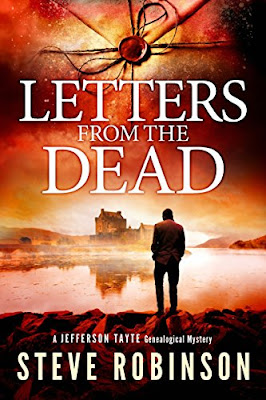 How about letters written in 1823?

Or maybe a mysterious ruby known as The Blood of Rajputana, as big as a man’s fist?

All that and more can be enjoyed in Steve Robinson’s latest book Letters from the Dead due to be released on August 14, 2018.

The plot of Letters from the Dead alternates between the chilly and misty outskirts of modern day Perth, Scotland and colorful colonial India under British rule in the 1820s. The hero is professional genealogist Jefferson Tayte. The story begins when Tayte’s latest client asks him to answer a simple question: Who was my four-times great grandfather? Not such a daunting task. It sounds much like what most of us geneabloggers do routinely. But Tayte quickly finds this is no routine task. There are plenty more people wanting to find the answer to that question too, but not for personal curiosity or to flesh out a family tree. Their eyes are set on something bigger: the location of a valuable ruby known as the Blood of Rajputana.

With the aid of a single letter penned in 1823, Tayte almost effortlessly determines the identity of his client’s ancestor. However, as friends and family hoping to find the ruby begin dropping like flies, more old letters mysteriously appear like bread crumbs leading Tayte closer to the ruby and closer to personal danger.

As a genealogist, I enjoyed observing Tayte’s research process. (I have to admit I admire his ability to resist going down a rabbit hole.) I also like the structure of the story alternating past and present. When Tayte reads a news clipping or detects a possible clue in an old letter in the “present” chapter, we get to see those events played out in the “past” chapter. I am equally drawn to both of those worlds. I enjoyed the client’s decaying old mansion with its rotting floorboards, its library full of books about art and India, its cellar containing a sarcophagus, and its tunnels with hidden entries. I was also swept up in life at the grand British residence and garden, home of the Resident of Jaipur, the political agent for the East India Company.

Even better than the beautifully descriptive passages is the way Robinson builds the mystery and plants the clues. I am usually pretty good at predicting the outcome, but with this book I confess to being Wrong. Every. Time. Like our trusty genealogist, I was suspicious of everyone. It was impossible to tell who was a good guy and who was a bad guy. At one point I was ready to throw down the book thinking Robinson had made a very amateurish mistake making the location of the ruby too obvious. WRONG! Robinson surprised me at almost every turn. I like that!

What I find a little annoying though is that some of Tayte’s word choices do not fit his character. He is supposedly an American, but an American would not ask if someone were planning on “selling up.” I’ll blame the editor for this minor misstep.

Endings in which the murderer rattles off his list of reasons for killing this person or that always seems like the author couldn’t think of a better way to conclude an otherwise good story. While I LOVE the surprise of the ending, I was disappointed in how the ending was written. Eh – that’s just me being picky. I still like the book and look forward to reading more of the Jefferson Tayte mysteries.

Author Steve Robinson has been writing genealogy crime fiction for quite some time, but he is new to me. Letters from the Dead is book seven in the Jefferson Tayte Genealogical Mystery Series. The term “series” might cause a future reader to think he must start with book 1, but that is not the case. Each one easily stands alone. If the other six books are anything like Letters from the Dead, then Robinson has a new fan.