A to Z April Challenge: D

This is day 4 of the A to Z April Challenge. 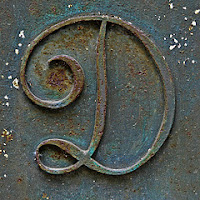 is for Davis, in particular Leonard Davis, my 4G grandfather.  Another way of saying that is my great-grandfather’s great-grandfather.  I found Leonard’s Revolutionary War pension application online.  Under the Revolutionary War Pension Act of 1832, every man who had served at least two years could apply for a pension, whether he needed it or not. Leonard applied in 1833, but apparently he was initially denied.  Supposedly two of the witnesses vouching for his character were deemed not credible. Hrmph.

I could transcribe Leonard’s statement that he dictated to the Justice of the Peace as well as all the letters, but I’ll give you the Cliff Notes:

Eventually it all worked out for Leonard after he supplied more letters from reputable people vouching for the previously non-credible witnesses.  Had there been a preacher in the neighborhood to vouch for him, Leonard would probably have received his benefits sooner. That seemed to be a sticking point with the government.

Do take a minute to see other Delightful posts at the A to Z Challenge.