A to Z April Challenge: T is for Tacky

This is day 20 of the A to Z April Challenge. 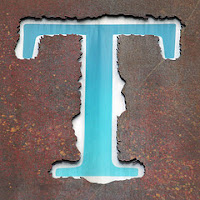 is for Tacky.  Tacky Maude.  That’s the curious name of the wife of my 2nd cousin 2X removed.  I’m not including her last name because I wouldn’t want a cousin Googling her to suddenly find me laughing at their great-grandmother.  It would be tacky.

But this is what I know of Tacky:


Tacky (also spelled Tackey and Tackie), born July 17, 1880 in Greene County, Virginia, was the second oldest of 9 children.  She married and had at least two children, maybe 3 (confusing census records).  By 1920 she and her son had moved back home with her parents, and she was listed as single.  But in 1930, she was listed as divorced, still living with her parents and now two children.

Tacky Maude died December 12, 1948 in Albemarle County, Virginia. Her obituary says she was survived by two adopted children.  However, there is no mention of her own children.

Being left out of the obituary – now that’s tacky.

Fo more Terrific Tales, Trot on over to the A to Z April Challenge.