A to Z April Challenge: F is for Fred

This is day 6 in the A to Z Challenge. 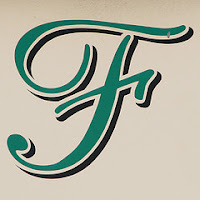 is for Fred.  For some reason “Fred” is a popular name in the Slade line, and not just my direct line.  I have found numerous Freds in other Slade families.  I don’t know why they like that name so much because it’s usually the made-up name given to the butt of a joke.  The joke might start off, “The guys were playing poker when Fred lost $1000 in a single hand…” or “Ol’ Fred had been a faithful Christian and was in the hospital near death…” or “There was a drunken cowboy named Fred sprawled out on the ground.”  See my point?  But the 3 Freds in my life are no joke.


Momma always liked that name, but I can still hear her yelling, “Fred!” to get his attention or even when she was annoyed.  Short.  Clipped. No syllable that could be drawn out forever like “Mik-uuuuuuuuhhhhllll” or “Barr-yyyyyyyyyyyyyyyyyyyy.”  Here is a picture my sister posted on Facebook recently on the anniversary of Daddy’s death:


He was leaving the YMCA probably following a game of tennis or handball.  He had evidently been to the ABC store for a bottle of whisky.  FRED!


Since he was Fred Jr, obviously next up is Fred SR, my granddaddy.


Wasn’t he cute?  He owned a taxi cab company in Burlington, North Carolina for awhile.  Granddaddy had a coke machine in the garage.  Sometimes when I see an antique coke machine or even a big round Coca-Cola sign, I can smell the garage, and I can hear the rumble of the glass bottle traveling down the chute.  I always got the first sip.  Or 2.  I spent many hours either in the office with my Granny who apparently was the dispatcher (she let me comb her hair while she was working) or riding in the front seat of the cab.  I’m sure I was adorable and deserved credit for any success Granddaddy may have enjoyed as a businessman with a heart.


Granddaddy kept a kennel of hunting dogs next to the office.  He would set me on top of the dog house at feeding time – I don’t know if he was keeping me out of the way or preventing me from stepping in something.  For years Granny and Granddaddy would tell the story that I lost his keys.  They suspected they were somewhere around that kennel.  I don’t know.


I remember I did play with him whenever I was in Burlington.  I thought of him as an older boy, but judging by this picture, he wasn’t THAT much older.  I wonder if he remembers me??


For more F Fun, Find your way over to the A to Z Challenge.