A to Z April Challenge: S is for Slade DNA

This is day 19 of the A to Z April Challenge. 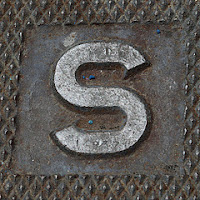 
In 2005, I bought the Family Tree Y-DNA kit, swabbed my father’s cheek and joined the Slade Surname DNA Project.

Over the years, we’ve had a few hits, but nothing that materialized into anything.  Some of the matches indicate a 27% chance of sharing a common ancestor 4 generations back.  Most are under 9%.

But a couple weeks ago we had our first hopeful hit – a man whose last name is Calhoun has a 67% chance of sharing a common ancestor with my dad.   Within a couple emails, we were both stymied, unable to figure out a connection.  I had to confess my suspicion that my dad’s grandfather might not have been a Slade after all, that perhaps his grandfather’s MOTHER was a Slade who did not marry the father of her children.

What I’m sure of:  Daddy’s grandfather Stephen F. Slade was born in Florida and came to Virginia with his mother and younger sister, both named Julia.

Here is a family in Florida that SOUNDS like they should be mine:

But where were Julia and her 9-year old son Stephen in 1880?  I can’t find them.  By 1900, my Stephen was married and his “widowed” mother was living in his household.


Now, I have no absolute proof that this is my family or that my 2G grandmother did not marry the father of her children.  But let’s get back to Mr. Calhoun who contacted me about the DNA match.

He traces his Calhouns to Georgia, a hop, skip, and cheek swab away from the Slades in Florida.  PLUS -  and this is the best of the coincidences – in 1860, just 2 doors away from the Slades is one John C. Calhoun.  Mr. Calhoun believes John is one of his people.  I’ve tried tracing him through the census records, but his name is too common and I don’t have enough context to narrow the possibilities.

So for now, on my To-Do list is to order a death record for my Stephen Slade to see if there is a father named.

Slip on over to the A to Z April Challenge for more Scintillating Selections.