A to Z April Challenge: E is for Escue 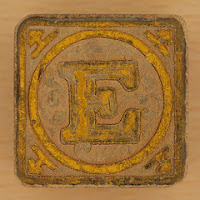 is for Escue.  That’s MISS Mattie Escue to you.  I mentioned Miss Mattie briefly on “C is for Coleman” day. 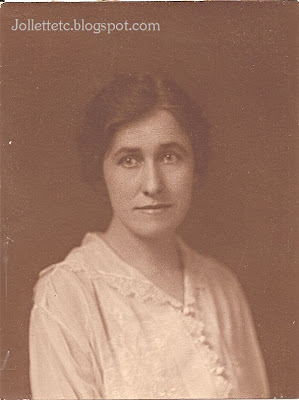 Miss Mattie taught during a time of growth in Shenandoah as it went from a sleepy idea of a town to a regular boom-town thanks to the railroad.  She saw the school grow from a couple classrooms warmed by a wood stove to a modern brick building.  The town outgrew that one as well, and classes were annexed to the Boy Scout Building and YMCA.  She was there when the rooms were so cold students wore their gloves in class.  She was there when the lighting was so poor that they couldn’t do much teaching on a cloudy day because no one could see the blackboard.  She was there in 1928 when a new building costing $43,000 was the modern marvel. 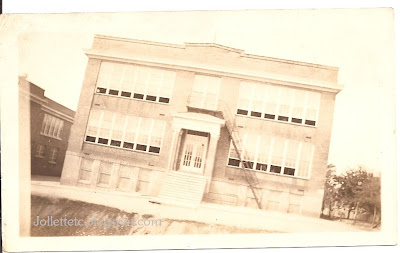 She was there in 1930 when the cafeteria had its beginnings thanks to the home economics teacher and her students.  And she was still there when the world was changing – educational tv in the classroom and bussing were on the horizon as she hung up her red pen.

Miss Mattie Escue retired in June 1960 after teaching school for 55 years, all but one in Page County, 49 years alone in the town of Shenandoah, Virginia, where she lived her entire life.


Anybody who hangs in for that long becomes a bit of a legend.  With her reputation as a stern disciplinarian and her longevity, Miss Mattie probably was at the forefront of students’ school memories.  However, she is a grey cloud in my memory.  Prior to her death I probably saw her only a handful of times.  She was heavy and sour, or so she seemed to me.  Maybe she was just serious and didn’t care for little kids anymore.  (I can say all this without fear of offending a distant cousin since she had no kids of her own.)


I’m obsessing over this because I know in generations to come I’ll be somebody’s Miss Mattie.


If you want to Explore more E subjects, Exit this blog and Enter A to Z April Challenge .