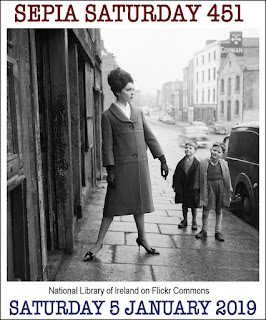 This week’s Sepia Saturday prompt featuring a model and two little boys made me recall a little boy whose story has been left unfinished too long. In 2012 and again in 2015, I posted pictures of this “mystery child” and put forth theories about who he might have been. 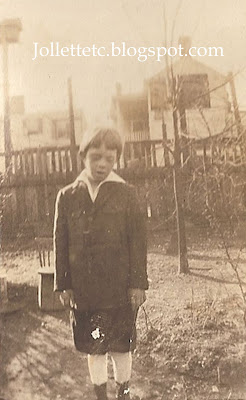 At first I thought maybe he was my great-grandmother Mary Theresa Sheehan Killeen Walsh’s child who might have died young. But I abandoned that thought since he was not in any census with our family. 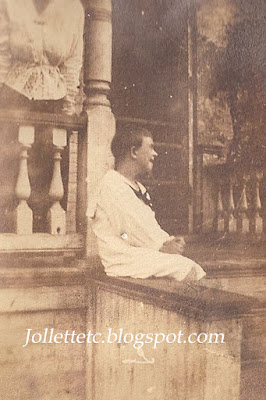 Then I thought maybe he was a little boy named John Walsh who died in 1919, the same year these photos were taken. But when I saw the photo dated 1932, I had to reject this theory as well.

My third theory that he was one of the New York cousins was almost right. It seems he was indeed a cousin but not from New York. He lived just streets away from the Killeen-Walsh household in Portsmouth, Virginia.

In 2016 an email alerting me to a child I had missed in the Killeen family tree made me take another look at our Glynn “cousins.” Actually, the Glynns are not really my cousins; they are cousins of my great-grandmother’s children by her first marriage to John Joseph Killeen. His sister Bridget was married to John Joseph Glynn. (Those Irish Catholics did not exhibit much creativity in naming children.)

A close inspection of census records soon offered a likely candidate for the mystery child. John and Bridget’s youngest son William at age 10 had not attended school and he could neither read nor write. At age 20, he still could not read or write. In the 1940 census, the column for highest grade completed contained only a dash. If it was not already obvious, his World War II draft card made it clear: “Blind in both eyes. Mentally deficient.”

William lived with his sister Margaret Glynn the rest of his life. He died at the age of 52 from cerebral thrombosis. Margaret never married but devoted herself to caring for her brother.

Most likely the woman pictured with William and my grandaunt Lillie Killeen in 1932 was Margaret Glynn. I must say, Margaret and Lillie look every bit as stylish as the woman in the prompt! William was rather dapper too in those argyle socks.