This week’s Sepia Saturday prompt at first glance is amusing, but it depicts a condition that is anything but:  hypertrichosis or “werewolf syndrome.”  It’s a distinct look – you know it when you see it.  Another easily identifiable medical condition is Down’s Syndrome.  Sixteen years ago my cousin gave birth to a boy with Down’s.  Hers was not a high risk pregnancy; she ate right and stayed healthy.  Even the doctor was surprised because my cousin had not exhibited any signs of a problem.

But apparently the potential exists somewhere in our family’s DNA.  In 2012, I wrote about this mystery child:

That is definitely the typical appearance associated with Down's Syndrome. I do not know who he was or how he is related, but I have some theories.

THEORY 1
My first thought was that he was a child of my great-grandmother Mary Theresa Sheehan Killeen Walsh.  Maybe he died young.  No one ever spoke of him, and maybe that is why we never knew of him. However, he was not in any census with the family, so probably he was not hers.

THEORY 2
In St. Paul’s Catholic Church Cemetery in Portsmouth where my Killeen and Walsh family are buried is a tombstone for a boy named John Walsh, 1905-1919.  Those dates seem to fit the picture of this child.  He is buried with his parents, Thomas and Delia Walsh.  Surely they must be related somehow to my great grandfather John F. Walsh, but I have not been able to prove it.

THEORY 3
Then there’s the matter of this photo:

This picture was taken in 1932.  The ears on this young man look much like the ears on the boy from 1919.  If it’s the same person, then that negates Theory 2.

Right now my latest and greatest theory is that this young man was one of the New York cousins.  My great grandmother’s sisters lived and died there, and judging by the collection of photos, my grandaunts visited their aunts and cousins often. 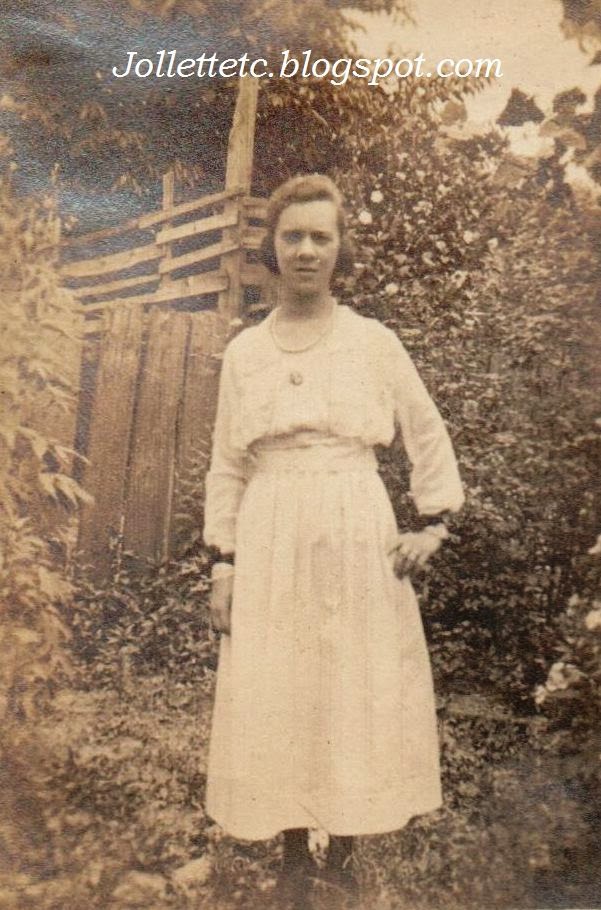 Then when I compare the porches in these two photos, I’m convinced the boy and the young woman are related to one another.

She is the same woman in this photo with what might be a New York skyline in the faded background.

Admittedly, the skyline could be any skyline.  But the architecture of the tall building, the combination of brick and clapboard, does not resemble architecture in Portsmouth, Virginia.  It does, however, look very New York-ish.

One more reason to think this family is part of the New York cousins is my recent tenuous connection with the granddaughter of my great grandmother’s sister.  My newfound cousin has shared photos on Facebook of a young woman – a daughter – who appears to suffer some sort of physical and mental handicap.  If only I could get this cousin to open up, I might be able to check one more mystery off my list.

For more stories of medical conditions and unflattering photos, Sepia Saturday is the place to go.