Sepia Saturday: Look What Is In Store 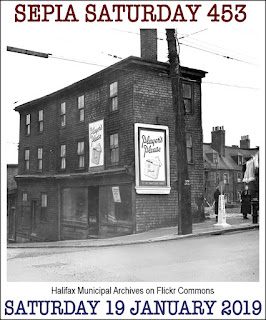 This week’s Sepia Saturday prompt features a corner store with the side wall boasting a large advertisement for cigarettes. My great-great grandfather Franklin Rucker opened a butcher shop in Shenandoah, Virginia sometime between 1870 and 1880.

In 1900 when this photo was taken, the thriving business advertised smoking tobacco “Standard of the World” alongside a picture of a cow. It is difficult to discern whether the cow represented the butchering business or the tobacco company, most likely the former although who can forget that a camel was a popular mascot for its namesake brand.

The Rucker Meat Shop was not the only store in the family. My great-grandfather Walter Davis opened a store at the corner of Sixth Street and Pennsylvania Avenue in the same little town of Shenandoah.
The Davis store was just one empty lot over from where my mother grew up, so she spent many an hour there while her mother waited on customers.
The quality of my old photos is too poor to get a good read on what was advertised in the windows or on the exterior walls. One sign says “LEM-N BLENND.” At the time this photo was taken, Lem-n Blennd was either a non-carbonated fountain drink, syrup, or candy. Apparently the concoction went through various lives from its inception to its final sale to Heinz.

Inside the store, packaging and signs are even more difficult to read. Fortunately, Duke’s mayonnaise, Hershey’s candy and Kellogg’s cereal are easy to recognize.

What else was for sale in the Davis store? Why, cigars and smoking tobacco, of course. Cremo was an American-made cigar made popular in the 1930s as the best 5¢ cigar. 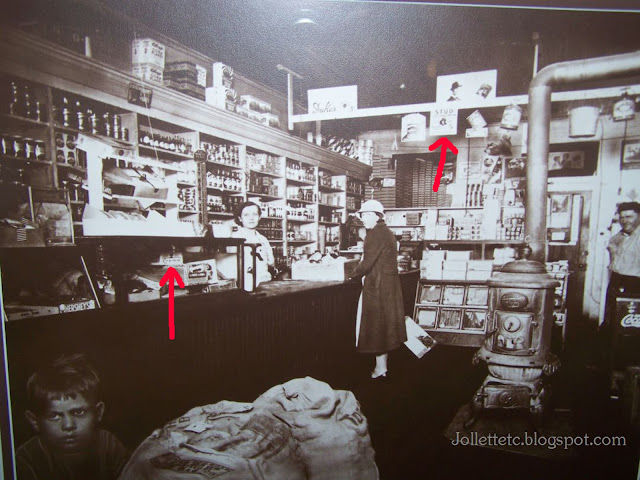 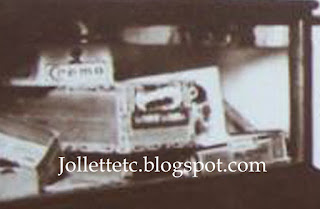 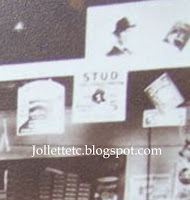 Stud was a smoking tobacco produced by the R. J. Reynolds Tobacco Company in North Carolina. That fuzzy white figure in the logo was a white horse rearing up on its hind legs. Stud promoted itself as being for the smokers “who like to roll their own.”

There seems no easy or logical way to wrap up this blog post, so I will leave you with something my mother always used to say: “Put that in your pipe and smoke it.”

Please visit Sepia Saturday to read how others interpreted the prompt.