This week’s Sepia Saturday prompt sent me scrambling for a story of my coal mining ancestors. But despite so many collaterals living in West Virginia, my coal mining cupboard was bare. They were farmers, just plain everyday farmers. My Shenandoah Valley miners were no prize either; they mined iron ore.

Fortunately my grandparents and great-grandparents in Shenandoah, Virginia had a coal connection in their neighbor next door, the Hockmans. The Davises and Hockmans were compatible on a number of levels. First of all, the children were all roughly the same age. Jake and Attie Hockman’s daughter Thelma was one of my grandaunt Velma’s best friends. In fact Thelma has been featured in a number of stories on this blog. Secondly, the two families supported each other’s businesses.

The Hockmans started the Home Fuel and Supply Co, Inc. in 1918. Jake was president and Attie was one of the directors for the company dealing in both building supplies and coal.

In 1927 the Shenandoah Magazine ran a series of brief sketches about the businessmen in Shenandoah.  High praise and significant column-inches were given to J. P. Hockman whose business philosophy was to provide “proven material that must stand the test of time and wear.”

The Hockmans started small but as the magazine noted, Jake “spared no effort to make it a progressive and successful business, and, in so doing, he has gained the confidence and approval of those who have known him.” He expanded his building to include a warehouse, lumber house, lumber yard, and coal yard. Its location with the railroad on one side and highway on the other made it easy to meet the growing demands for materials such as cement, plaster, lime, paint, varnish, and, of course, lumber and coal.

Probably one of Jake’s best customers was my great grandfather Walter Davis. He was a carpenter and house builder who built not only his own home on Sixth Street next door to the Hockmans, but also many of the houses in Shenandoah, quite a few of them right there on Sixth Street.

Some time ago on one of our many trips to visit family in Shenandoah, we went to the site of what we were told was “Walter’s lumberyard.” There was no building, just remnants of one mostly hidden by overgrown weeds. We all grabbed a souvenir. I took a water main cap. My sister wanted the cupola, but our parents feared it would be full of bugs. 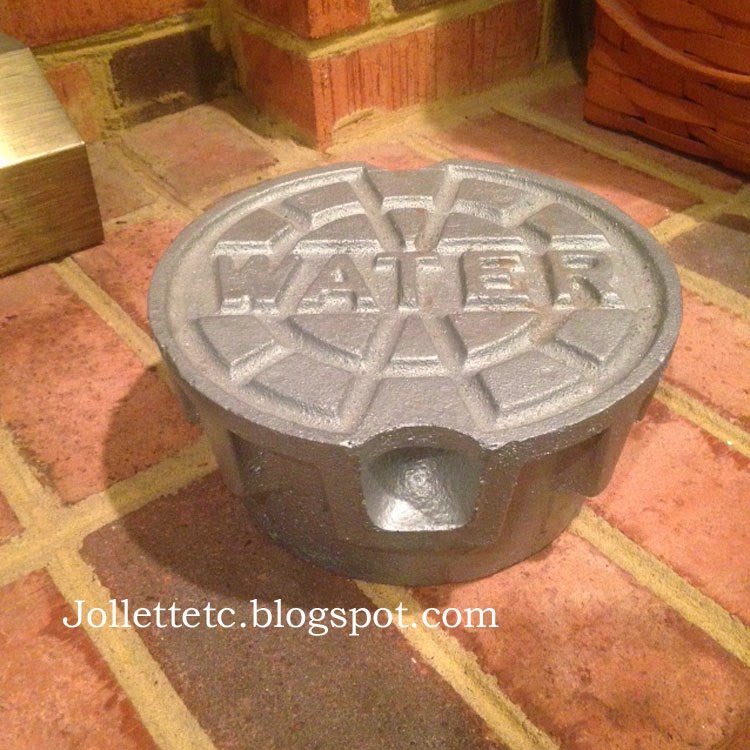 Now after reading about Jake Hockman, I have begun rethinking this lumberyard of Walter’s. So far there is no evidence that he ever owned a lumberyard. However, the description of the location of Hockman’s building sounds much like where we were that day when we thought we were grabbing a piece of the Davis heritage. ~Sigh~ Maybe it’s Hockman heritage.

Whether you’re looking for coal, horses, carts, or just a good story, place your order now at Sepia Saturday.