A to Z April Challenge: E is for Evelyn 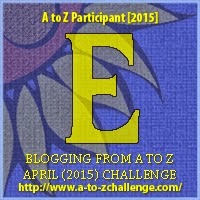 is for Evelyn Louderback Singleton. Evelyn attended the funeral of my maternal grandfather Orvin Davis. How she knew my grandfather is a mystery. Maybe she didn’t know him at all; she could have been a friend of someone else in the family. Regardless of the connection, she thought enough of our family to send flowers. 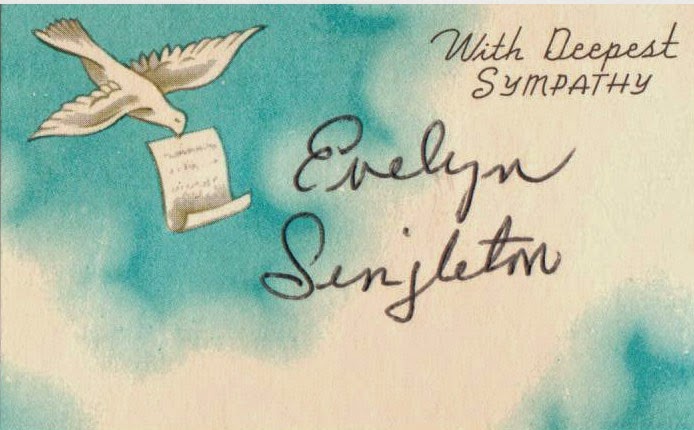 The limited research available online revealed the expected details. Evelyn Lucille was born to Charles and Sudie Louderback in 1913. She had three younger brothers: William, Charles Jr., and Guy.

But the research also revealed a couple of puzzles. First of all, in 1931, a Washington DC newspaper published a list of couples who had been issued marriage licenses.  On the list was Evelyn Louderback and William Fox, both of Shenandoah. However, it doesn’t appear that they ever married.

The listing for Evelyn Louderback Workman on Findagrave shows her buried with her husband Paul who died in 1948. There is a link to the grave of their son Paul Workman Jr. who died January 30, 1957. His obituary reports that he was the son of Evelyn Singleton. 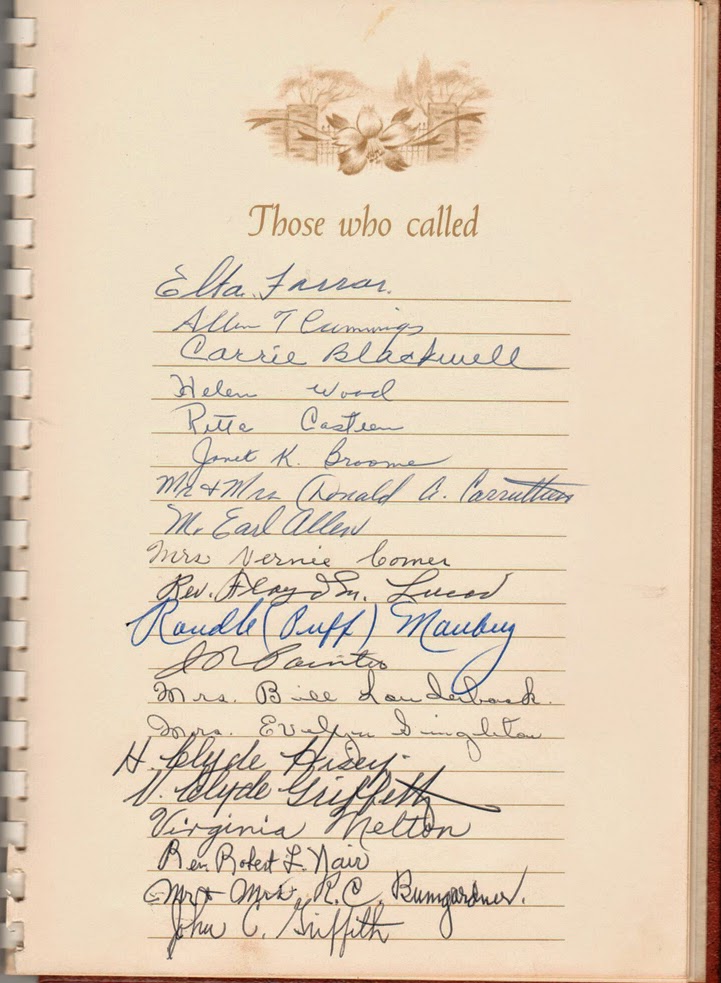 While I was thrilled to get to the truth, I was also sad when I read the story of young Paul’s horrible death. He was only 14. He and his cousin Billy Louderback were playing in an old abandoned house when the roof collapsed. Billy was able to jump out a window, but Paul was crushed.

Billy Louderback was the son of Evelyn’s brother William and his wife Frances, who also attended my grandfather’s funeral. Judging by the handwriting, one of the women signed the Guest Book for the other.

To Explore more Entertaining E subjects, Exit this blog and Enter the latest Edition of the A to Z April Challenge.