Information about Robert Byrnes has been proven to be in error. Please disregard. His story has been updated HERE.

I grew up with my cousins. We were close as children and remain so today. Even though my paternal grandmother’s cousins lived miles away in New York while she lived in Portsmouth, Virginia, my great-grandmother made sure her children knew their cousins by making frequent trips to New York. One of my favorite photos is of my granny with her cousin Sadie.

Another photo of Sadie was taken in 1969 when she visited her Portsmouth cousins. I had always heard that there was a nun in the family, and there she is. I tried unsuccessfully to trace her life as a Dominican nun, but without her religious name, no one could help me.

Then a little bit of serendipity came my way. My aunt recently gave me Mary Theresa Sheehan Killeen Walsh’s scrapbooks where she had saved greeting cards. Several are from her loving niece “Sr. Vincent Carmel Byrnes.” In that one card I learned both Sadie’s religious name and the correct spelling of her last name. I had searched census records for “Sadie Burns” or “Sarah Burns” because that is how someone spelled it on the back of the photo. 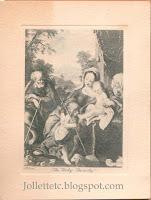 I also had sought Sadie with a mother named Sarah. An old family chart identified one of Mary Theresa’s sisters as Sarah Burns. But the census records offered too many possibilities in some years and unlikely possibilities in other years, such as the one with Sadie still living at home at age 30. Surely MY Sadie would have been a nun by then. 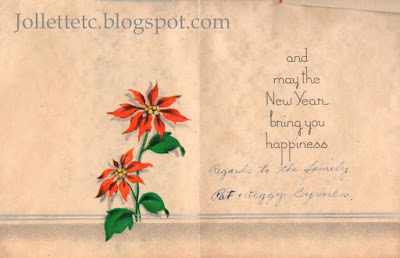 The same scrapbooks came to the rescue with cards signed “Pat and Peggy Byrnes.” 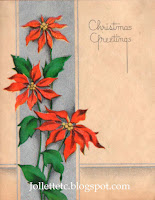 Crossing my fingers in the hopes that Pat or Patrick was Sadie’s brother, I went to FamilySearch and entered “Patrick Byrnes” born in New York between 1890 and 1915 with a sibling named Sadie. One possibility looked especially promising. It was a 1920 Manhattan, New York census.


Looking at the children’s names, I recalled some photos belonging to my grandmother’s half-sister Helen Killeen Parker. The one of “Cousin Bob” with Helen “atop the roof New York” in 1919 is probably Robert who was born in 1901. He looks to have been about 18 in the photo.


Then “Cousin Jack” is probably John who was born about 1903.


Any thoughts that I was perhaps forcing the pictures to match the census dissipated when FamilySearch gave me a death record for Patrick Byrnes. Parents named were Patrick Byrnes and Elizabeth Sheehan. And just for good measure, the spouse was Margaret, for which Peggy is a common nickname. Ding Ding Ding I think we have a winner.

So Sadie’s mother was not Sarah after all. It was Elizabeth. The third daughter and fifth child of Daniel Sheehan and Bridget Gorman, Elizabeth was born in Croom in County Limerick, Ireland, April 18, 1871 and baptized in the Roman Catholic Church six days later. One point of confusion in the record, however, is that her parents were identified as Daniel Sheehan and Margaret Gorman, not Bridget as was recorded in every other birth and baptism record for this family. Whether this was an error on the part of the recorder or an indication of either her first or middle name is not known.

The New York census records are fairly consistent in details of Elizabeth’s and Patrick’s lives. Both came to the US in 1888 and were naturalized in 1896.  They married about 1897 and had 8 children, two of whom died before 1910. Patrick worked most of his life as a driver for a brewery although in one census he was a carpenter for the hospital.

As for the rest of the family, I have found only bits and pieces: