My dad’s side of the family is one puzzle after another.  If it’s not the Slade saga with its Calhoun DNA, it’s the mysterious Sheehans without a paper trail.  And if it’s not the Sheehans, it’s the WALSH clan with its conflicting stories.

One of the main stories about my great-grandfather John Fleming Walsh concerns his ties to a family business:  a whiskey distillery.  Supposedly a feud over the business led to his complete break from the family.  But who knows? 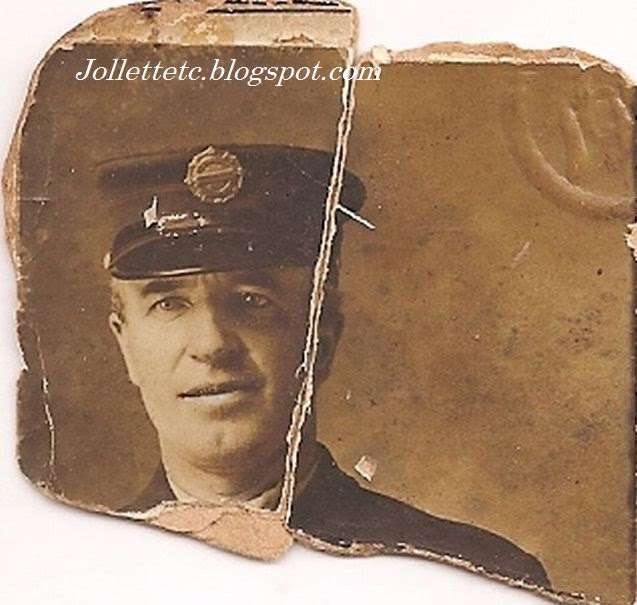 Definite records for John F. Walsh are hard to come by.  The only time I can be sure I found him in a census is in the one for 1910.  He had married the widowed Mary Theresa Sheehan Killeen in 1906, according to records at St. Paul’s Catholic Church in Portsmouth, Virginia.  Yet the census says they had been married 17 years.  If Mary Theresa was the informant, she apparently wanted or needed to account for having a 16 year-old daughter and to hide the fact that she had been married before.  All seven children are listed with the last name “Walsh” even though the first five were actually Killeen. There’s no shame in having been widowed, but “Secrets” was the name of the game in that family.

John Fleming Walsh’s birthplace was listed as Virginia although according to family lore, he was born in Michigan. The marriage register says John’s parents were Patrick and Mary.  However, I have found no couple with a son John born about 1868 in either Michigan or Virginia. There is one such family in Kentucky and at least three in New York. 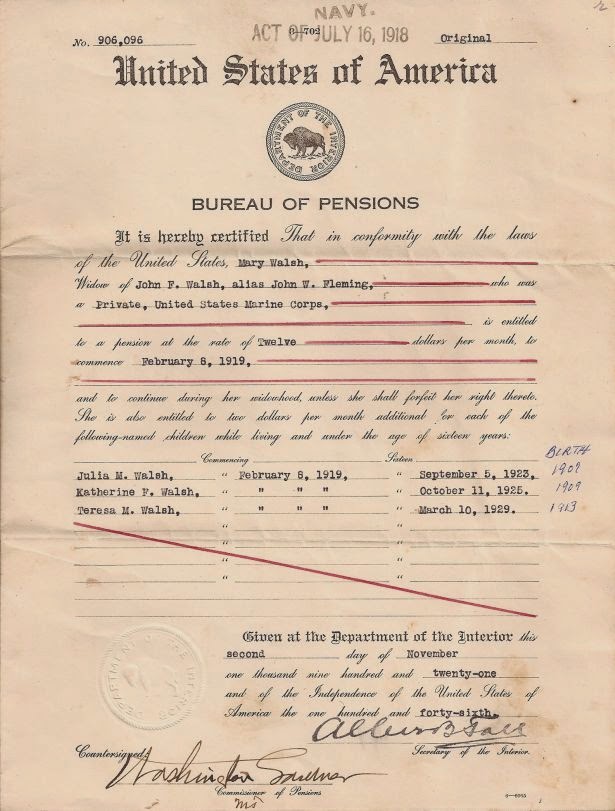 I have even tried looking for him using his alias “John Fleming,” the name he used when he served in the Spanish-American War.  (And what was that about?)

The All Saints Catholic Cemetery is the resting place for 19 members of various Walsh families.  John’s contemporaries include John Joseph, Edward Martin, and Thomas Francis Walsh, but they were sons of John and Ellen.  Cousins perhaps?

Michael and Mary Hynes Walsh are also buried there.  In Mary’s obituary published on Findagrave, one of the pallbearers was John Walsh.  Could this have been MY John Walsh?  If so, what was his connection to Michael and Mary Walsh?

Just who were you, John Fleming Walsh?

Email ThisBlogThis!Share to TwitterShare to FacebookShare to Pinterest
Labels: Walsh