This week’s Sepia Saturday photo prompt of a busy street scene demands a photo of a scene no less busy.  What could be busier than a town’s main drag on parade day? 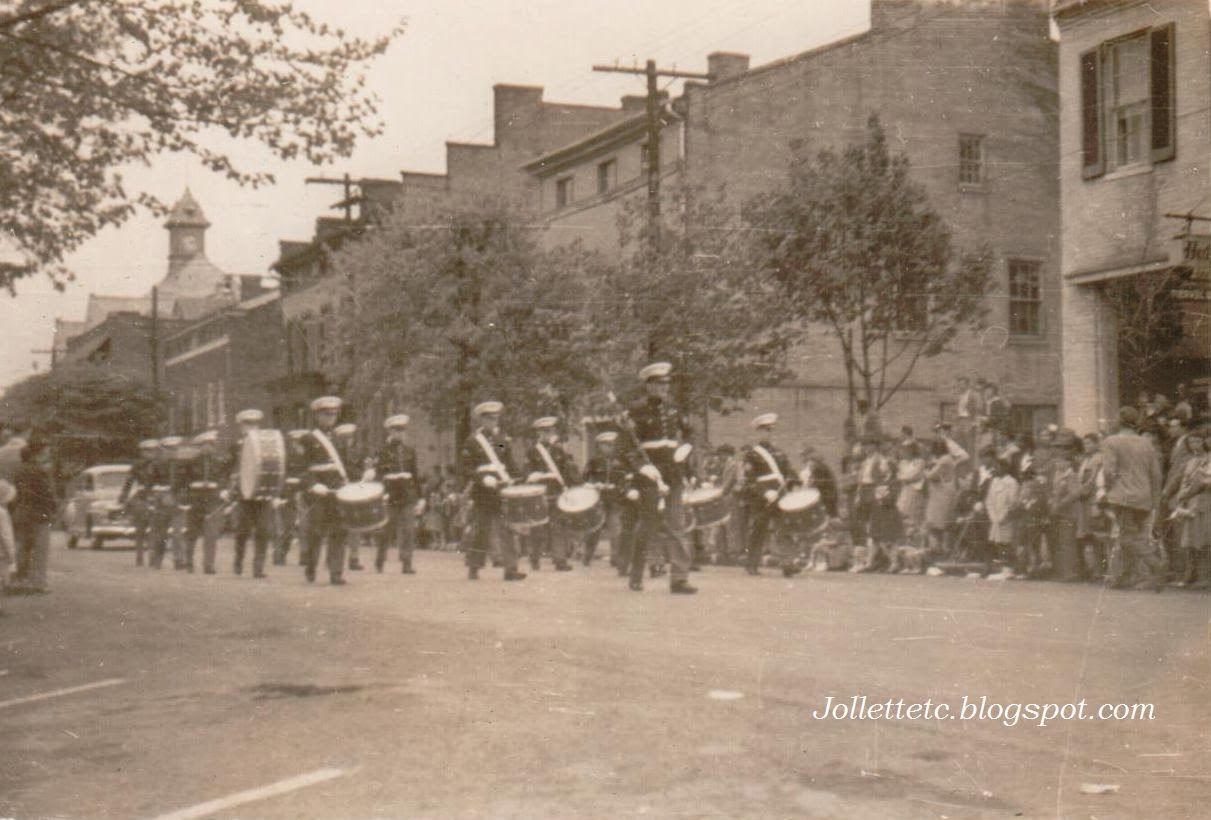 In April 1948, my mother made the 2-hour trip along US route 11 from Dayton, Virginia to Winchester just to see a parade.   The same parade still entices people from all over the state and beyond to join the throngs and head to Winchester, but today that drive from Dayton would be just a little over an hour on I-81.


The occasion?  The Shenandoah Apple Blossom Festival.  The reason?  To celebrate spring.  Pure and simple.

In 1948, Momma was still a student at Shenandoah College & Conservatory in Dayton, Virginia.  Aside from enjoying the break from sleepy ol’ Dayton, the students went to the parade to support their friend Betty Kyle.  All the colleges in Virginia were invited to send a representative to serve as an Apple Blossom Princess.

According to the school newspaper “The Arrowhead,” Betty Kyle was the obvious choice because of her leadership as president of the Women’s Student Government Association.  Besides, she was a pro at princessing having worn many crowns as part of the May Queen’s court throughout her years at SCC.


The festival began as a one-day event featuring a fireman’s parade that showcased fire trucks and the latest equipment.  But since 1924 it has grown to a 10-day event with a Grand Feature Parade,  Firefighters Parade, midway, carnival, pageants (including the crowning of the Apple Blossom Queen), dances, concerts, and most recently charity races and walks.


The year Momma was there was the big turning point in the history of the Apple Blossom Festival.  Interest had waned, but all discussions of abandoning the festival ended when a new volunteer with ties to Hollywood scheduled celebrities to attend and to serve as Grand Marshall for the parade.  In 1948 that star was Bing Crosby.

Who wouldn’t want to go to that parade?


I have a confession.  I wasn’t absolutely sure these pictures were of the Apple Blossom Festival until I decided to take a little drive myself.  On Google Maps.  But which street?  A YouTube video gave me “Piccadilly Street” as a clue.  A long time volunteer recalled that as a child her family stood “on the corner of Piccadilly” where there was a hotel; her father always rented a room there in case of bad weather so they wouldn’t miss the parade.

So I “drove” up and down Piccadilly looking for something familiar of the architecture in the photos.  Or this clock tower. 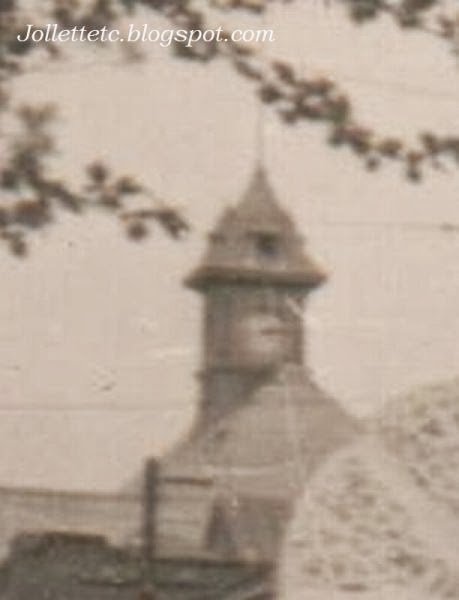 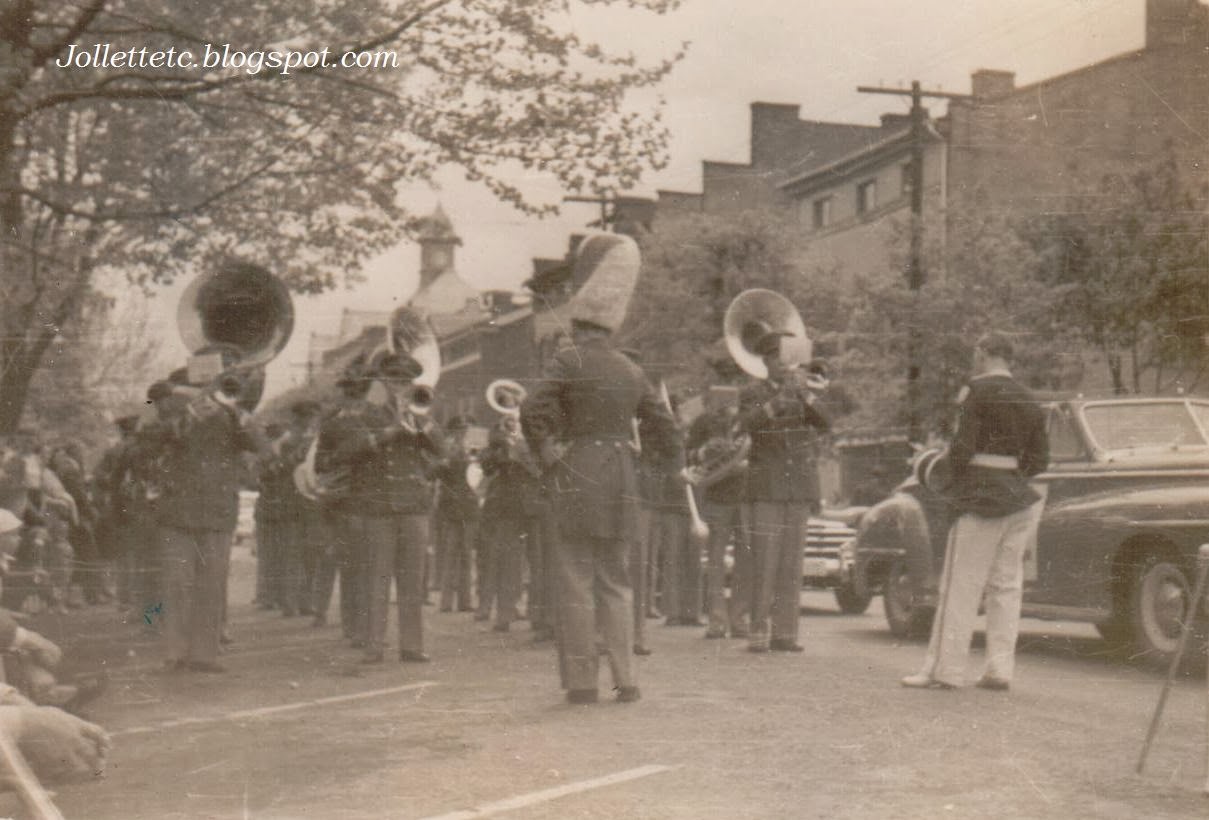 Then I arrived at the corner of Piccadilly and Cameron.  And there was the hotel - The Grand George Washington Hotel.

So I made the right turn and “drove” up Cameron and there it was.  The clock tower.

And the white brick building in the old photos, although surrounding buildings are long gone.

So I have my answer.


Momma must have stood on Cameron Street across from that white brick building and watched for her friend Betty Kyle atop a float.  Maybe she even waved to Bing Crosby.

I doubt anyone threw candy like they do at parades here nowadays.   But I do know what my mother ate at the Apple Blossom Parade that April:  a candy apple.


I hope you will follow the parade of blogs on the busy street called Sepia Saturday.