A to Z April Challenge: B is for Buss

My theme for the A to Z April Challenge is “In-Laws and Out-Laws – Friends of the Family.”  I will be researching friends, colleagues, neighbors - those people who came and went touching my family’s lives in both small and large ways. 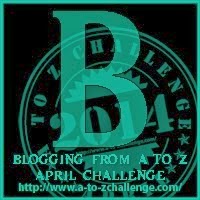 She was not exactly a “friend” of the family.  In fact, she qualifies as an “out-law.”  She was one of several “other women” whose love letters provided evidence in an ancestor’s divorce case.  (I do know her name, but in case there are descendants out there unaware of this chapter in her life, I’ll refrain from posting too many revealing specifics.)

Because the divorce proceedings are among the Chancery Causes available online through Virginia Memory at the Library of Virginia, anyone can read the whole sordid tale of Ms. Buss’s clandestine relationship with George, the husband of my 2nd grandaunt Sally. 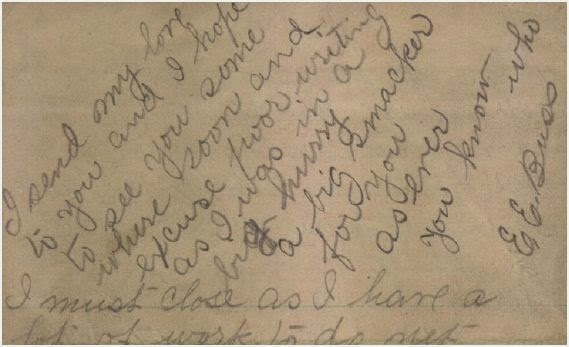 George traveled as part of his job with the railroad.  He lived in Virginia but boarded awhile in Andover, New Jersey.  E.E. lived in Pennsylvania.  When apart, they wrote letters, several of which reveal how they arranged secret meetings in Netcong, New Jersey.

Lucky for me, E.E. included her address in some of the letters, so she was easy to find in the 1910 census.  She was there along with her two sons.  Apparently she was separated or divorced because no husband was listed.  Working backwards, I found that E.E. married “Mr. Buss” in 1895.  By 1900, they had had two children, only one of whom survived.  In 1910, there were two sons.

Most of E.E.’s letters are not very juicey, often writing about the weather or complaining about work, and almost always apologizing for her handwriting.  Whether she signed her name or not, she typically closed with something like “Your Devoted Little Girl.”  She must have been committed to the affair as the letters span several years beginning in 1907 and lasting well past 1911.


George and Sally’s divorce wasn’t finalized until 1914, but E.E. was not around.  The story of who dumped whom is unknown.  E.E. eventually moved on and married again.  She was widowed in 1932.  Nine years later she died and was buried alongside her husband in a cemetery in the town where she had always lived.

Be brave beholding a bounty of blogs at the A to Z April Challenge.

Email ThisBlogThis!Share to TwitterShare to FacebookShare to Pinterest
Labels: Clift