Thankful Thursday: With a Little Help From My Friends

Thankful Thursday is a daily prompt at Geneabloggers that gives family historians an opportunity to expresses gratitude for a person, resource, or family history tool. 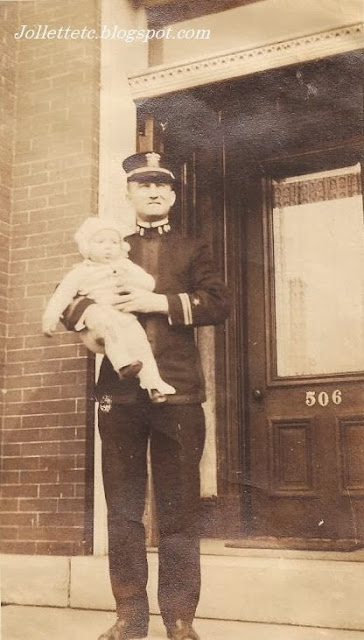 Last Wednesday’s photo of this unidentified man in uniform prompted several observations about his identity.  Some thought he looked fatherly making me see him as a younger man than I had been searching for in my travels through Ancestry.

Some thought he looked heroic, as if he might have saved the baby from some horrible fate.  I had considered that he might have been a fireman or policeman – what do I know about uniforms?  But I had presumed he was surely related to the baby somehow.  Still the idea of a hero was an interesting thought.

My explorations of the Killeen family in New York uncovered several railroad guards and conductors but no policemen.  There might have been a fireman, I can’t remember.  So what kind of uniform was that?

Taking Jacqi Stevens’ advice, I posted a query on the Uniforms Identification board of Rootsweb asking for help in determining what kind of uniform he was wearing.   (I wasn’t even aware of “topics” message boards, only surname.)

“YCaso77” promptly replied with this enlightening information:
“He's a United States Navy officer- Lieutenant Junior Grade by the one and a half lace rings on his sleeve. The device on his collar is a lieutenants silver bar and his corps badge, from the star above his rank insignia on the cuff he's a line officer (not dental, quartermaster, engineer or any of the other naval officer groups).”

A line officer is one that has some command authority in combat.

With a little help from friends I’ve never met, I now know to look for a family member who served in the Navy at the time of World War I.