A to Z April Challenge: C is for Confusion!

This is Day 3 of the A to Z April Challenge. 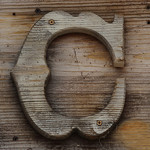 is for Columbia and Cabel, two mysteries in my database.

According to the 1870 Federal Census for Greene County, Virginia, Columbia A. was the fourth child of James Franklin and Lucy Ann Shiflett Jollett, making her my great grandaunt.

The chronological list indicates she was three years old, falling between sisters Laura and Mary.

There is no Columbia.  While it would be easy to assume Columbia had died, there is a new name:  Leanna.  There was no Leanna in the 1870 census.  However, there she is in 1880 listed between Laura and Mary, just as Columbia had been, and she’s the same age that Columbia would have been had she been listed.

I have two theories to explain this mystery:

However, in 1874, there is a marriage record in Lafayette County, Florida, for Cabel Slade and Charles A. Ross.

Did Stephen and his wife SAY Cabel was a male or did the census taker just assume so?

However, there is a Louiza who is the same age as Cabel should be, but no Louiza in 1850 or 1870.  I wonder if Cabel was really Cabel Louiza Slade or Louiza Cabel Slade.

To “C” what others have Created, Carry yourself over to the A to Z Challenge.