I recently hosted a bridal tea for my nephew’s fiancé. Among the many conversations at the party was the subject of BABIES. It was NOT a baby shower, but babies were on everyone’s mind, partly due to my OTHER nephew’s wife who has recently announced they are expecting. The lively chatter revealed that the bride’s mother is a twin. One of the bridesmaids is a twin. While not news to me, others were surprised to learn my husband is a twin.

I recall my mother-in-law saying that twins and even triplets run in the family. THE family. Did she mean the Mathias family or her side of the family, the Kohnes? I went looking, starting with the Kohnes. Sure enough, in no time I found a set of triplets.

Leonard, Billie, and Jack were born 19 Feb 1923 to Floyd Kohne and wife Mary Emswiler.  Floyd was an older brother to Hattie Kohne, my mother-in-law’s mother, thus making Floyd my mother-in-law’s uncle and the triplets her cousins.

These little boys never made it into a census. However, they have a marker and memorial on Find a Grave. The stone appears to memorialize a set of twins and older brother, yet death certificates show otherwise.

Leonard died the day he was born, 19 Feb 1923. The other two died weeks later in March. The cause of death was simply recorded as “premature.”
I was all set to conclude that the stone and inscription must have been provided many years later by a big-hearted and well-meaning descendant of the family who did not have access to accurate records until I had the bright idea that a birth of triplets surely would have been newsworthy. I was right.

Lo and behold, now even the accuracy of the death certificates is in question. If the boys were born on February 19, how did a news article about their birth appear in January? The article which was posted on Friday the 5th of January claims the triplets were born “last Wednesday.” Wednesday that week was January 3. Could “LAST Wednesday” refer to 27 December 1922? If so, then the tombstone would be correct since Leonard died the day he was born, ostensibly in 1922, and Jack and Billy lived longer, dying probably March 21, 1923 as recorded on the death certificates.

This seems like a logical explanation. What does not make sense, though, is how Floyd did not remember the date of birth for the triplets. And what was the delay in recording Leonard’s death? 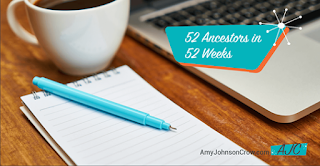