This week’s Sepia Saturday prompt is all about postcards. My contribution today is not about a wonderful time we had on vacation. Nor is it a simple story of a relative letting a loved one know she is being thought of and missed. It is actually a rather dark tale of an affair and incriminating evidence.

I have told the story before of my great-grandmother’s sister Sallie Jollett Clift, how rumors had circulated that she was running a house of ill-repute. In truth, she had taken in boarders in order to provide for her three children when her husband George no longer did.

George traveled in his job with the railroad, and for over fourteen years he kept many women on the side. The whole sordid story of numerous affairs is part of public record in the divorce case known as Chancery Cause 1913-07, Sallie C. Clift vs George T. Clift.

With over 160 pages of love letters, photos, and postcards, the evidence against George is overwhelming. One postcard came from a long-time girlfriend who always signed off with words like “Your true girl” or “Your little girl.” 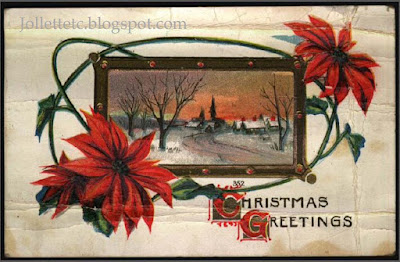 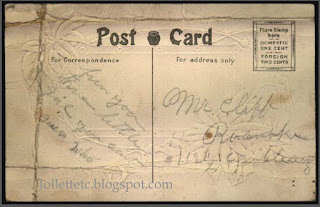 From your true little girl. You can’t guess who

Their affair lasted for around seven years, and in all that time, she apparently never learned to spell George’s last name.


The other postcards were sent from George to Sallie. The cruel streak that became George’s trademark is evident in each one. Here is a card in which he made light of Sallie’s economic woes. 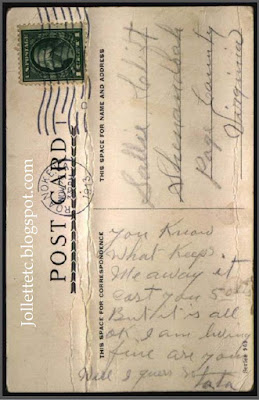 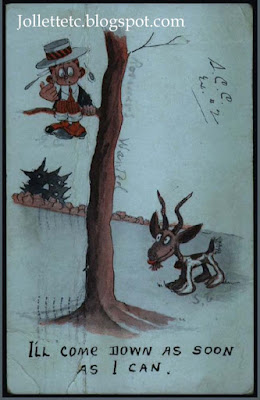 On the front of an otherwise innocuous postcard that anyone might send apologizing for not visiting, he scribbled “Roomers Wanted.” The back is even more hurtful though. If Sallie wanted to know why George stayed away, it would cost her 50¢, the same amount boarders paid for a room in Sallie’s house. As if to rub it in, he claimed to be “living fine,” signing off with a silly “ta ta.”

If George had not proved himself one sadistic son-of-a-gun already, there is this postcard to bear witness: 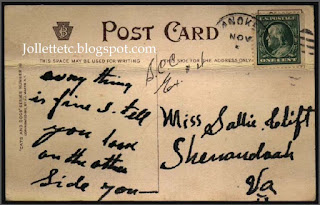 Everything is fine [?] till you look on the other Side you___ 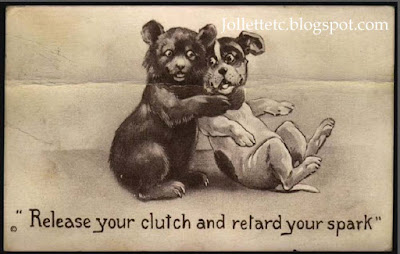 "Release your clutch and retard your spark" -- These expressions when applied to starting an automobile mean one thing, but surely Sallie saw no humor in the mean-spirited commentary on their marriage masquerading as a playful double-entendre. Was it intentional that he addressed the card to “MISS” Sallie Clift?

On August 18, 1914, Sallie was granted a divorce a mensa et thoro along with sole custody of their three children. Plus she was awarded $7 a week in alimony. She had plenty of character witnesses who stood by her and attested to her noble efforts to care for her family on her own. She also had plenty of neighbors who witnessed George’s cruelty and violence toward her. Even without 160 pages of love letters and postcards, Sallie probably would have won her case. But it didn’t hurt.

Having a wonderful time at Sepia Saturday. Wish you were here.