Sepia Saturday: Back to the Future

This week’s Sepia Saturday prompt depicts back-slapping and hand-shaking, politics at work.  The prompt brought to mind a set of puzzling photos of my grandaunt Lillie Killeen in the midst of some kind of celebration that had “politics” written all over it.


Puzzling because first of all, I never knew Lillie to be political.  She was always just the sweet maiden aunt who orbited the dining room table making sure everyone got seconds on the ham.

Secondly, the nature of the occasion is confusing.  On the edge of each photo is the date:  May 1959.  The bunting and toll booths suggest this could be the dedication of the new tunnel connecting Norfolk and Portsmouth, but that took place in 1952.  Nope, that’s not it. 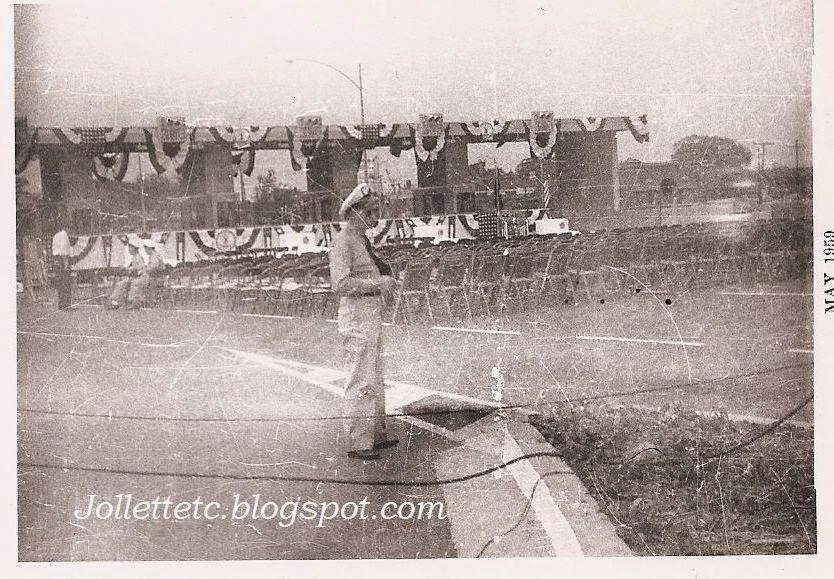 Was it a political rally?  But why at the tunnel?

The man in what appears to be a Navy uniform made me think this could be the commissioning of a battleship newly built at the Norfolk Naval Shipyard.

However, I couldn’t imagine that two cities would stop tunnel traffic for that.

I turned to Mr. Mike who lived for a time in the Hampton Roads area thinking he might recognize the location and occasion.  He agreed that the place looked like the Downtown Tunnel.  His most valuable help, though, was this observation about that date, May 1959:  maybe the film stayed in the camera or in a canister for 7 years before it was ever developed, he posited.

And apparently that’s exactly what happened.  (Is Mr. Mike ever wrong??) 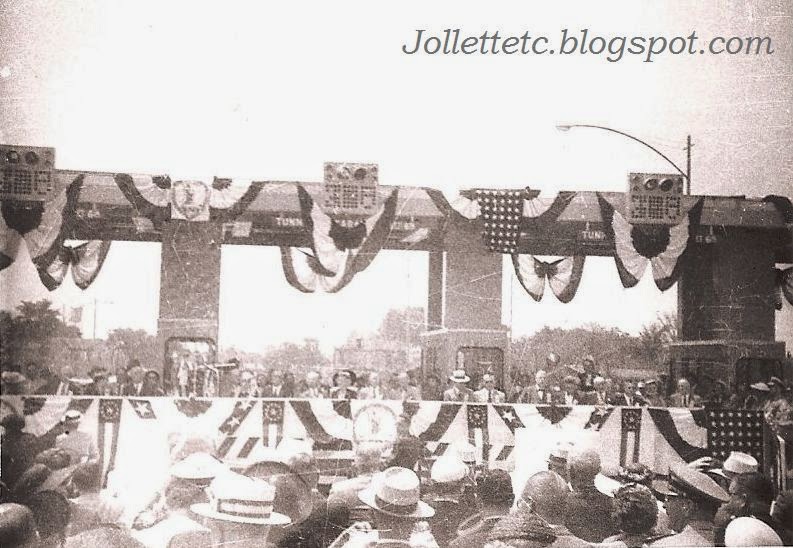 A little Google here and a little GenealogyBank there brought the story into focus.  This photo of Governor John Battle delivering the keynote speech at the ribbon-cutting ceremony for the opening of the tunnel looks much like the one from Lillie’s camera, right down to that one twisted bunting.


Still, I couldn’t figure out how Lillie qualified for those credentials pinned to her suit and to sit among dignitaries.  She lived like the proverbial church mouse, so it is inconceivable that she had made any grand financial contribution to the cause. Fortunately, a human-interest news report in advance of the completion of the tunnel provided the answer.  It turns out that one of the members of the tunnel commission was a former mayor of Portsmouth, Dr. Vernon Brooks.  Lillie was Dr. Brooks’ secretary and bookkeeper, and life-long friend.   Obviously she was his special guest. Mystery solved.


In 1952, the opening of the tunnel was indeed a time to celebrate.  It was seen as the “FIRST STEP” in solving our traffic woes.   Thirty-four years later, the toll revenue bonds were paid off and tolls were removed.   A year later in 1987, a parallel tunnel opened allowing two lanes of traffic going east and two lanes going west.  And now 62 years after Lillie joined the honored guests at the ribbon-cutting ceremony, we are once again looking for the “FIRST STEP” in solving our traffic woes.  Despite public outcry, tolls are back in place – but not the tollbooths, thanks to EZ Pass – to help fund a new tunnel and other road projects.

Where else but in Hampton Roads would you drive through a tunnel and then cross a draw-bridge to get to the other side?

A warm handshake and a welcome await you at Sepia Saturday.  It’s toll-free.